Poverty is the biggest issue for children’s rights in Scotland

Poverty isn’t just about the right to an adequate standard of living but affects several of your human rights. It impacts on your health, your education, and the extent to which you are protected.

And measures around coronavirus will have a big effect on children and young people’s standard of living, both immediately and in the long term.

These will largely be negative.

More families will face economic pressures, and more are likely to experience poverty. In April, the number of people who started receiving Universal Credit jumped to 90,000― well above the normal range of 10,000-20,000.UK Government initiatives exist to lower the economic impact of the pandemic, including the Job Retention Scheme and changes in social security. But the Scottish Child Payment has been delayed, and the Child Poverty Annual Report has been delayed as well. 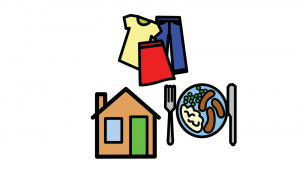 I have the right to have a proper house, food and clothing

An Impact Assessment for the coronavirus pandemic

We supported the Observatory of Children’s Human Rights Scotland to create an Alternative Children’s Rights Impact Assessment, looking at the laws and policies passed in Scotland in response to the coronavirus pandemic.

The Impact Assessment looked at how these had affected children and young people in nine different areas, and poverty was one of these. It found that there were several issues around poverty, including issues around food insecurity and digital access.

Q:
What is a Children’s Rights Impact Assessment?
A:

Adults in power often make decisions that affect people― such as laws and policies. When they do this, they don’t always think about the impact these decisions will have on children and young people.

By doing this, it means people know what the effect of the decision on children and young people is likely to be. 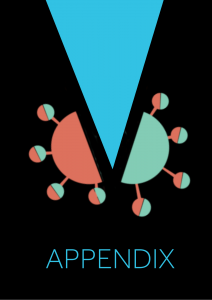 What needs to change as a result of this Impact Assessment?

Our office has made several recommendations around what Scottish Government and others need to change as a result of what this Impact Assessment has found. They’re changes which will help keep human rights promises to children and young people as we recover from the coronavirus pandemic, and which will safeguard their human rights in any future crisis.

Find out about what needs to change.

Some groups are more likely to experience poverty

Some groups of children and young people are more likely to be more affected by their parents’ job insecurity than others. These include:

At more risk: Children and young people in Gypsy/Traveller communities

Children and young people in Gypsy/ Traveller communities are at increased risk of poverty, fuel poverty and food insecurity. They also have lower access to wider support and community services.

The human rights of young carers may be at particular risk due to reduced services and support, both for them and the person they care for.

Young carers weren’t included in additional financial support for carers giving more to those who get Carers Allowance, and changes to social care assessments mean there are fewer legal requirements to meet their needs. They’ve also reported being unable to access some support intended for all carers, like protected supermarket hours and online grocery deliveries.

At more risk: Children and young people in Gypsy/Traveller communities

Evidence suggests some children and young people in Gypsy/Traveller communities may not know how to access support and benefits. They’re also more likely to rely on cash payments, which some shops are moving away from.

Food insecurity is increasing in Scotland

Scottish Government recognises some children and young people will be facing food insecurity, where they don’t have access to enough affordable and nutritious food.

Free school meals are still provided, but not in a consistent way

There’s evidence that some Local Authorities don’t trust families living in poverty to feed their children if given money directly, and so give them vouchers instead. But indications suggest parents are more likely to take support free school meals if given money instead of vouchers, or if they’re given the actual meals.

The Impact Assessment found no evidence that children and young people have been consulted on their views and concerns around the best way to receive free school meals, despite this being an issue that greatly affects them.

What’s the impact of digital exclusion?

With online learning a critical part of education for children and young people in the last few months, digital exclusion has been a real concern.

Access to online learning can reduce the negative impacts of lockdown on some human rights― like rights to participation and to accessing information.

But a lot of children and young people are having problems accessing the internet, especially when they’re from families on low incomes and families with one parent.

What are some issues around digital exclusion for families on low incomes?

There are a lot of ways in which digital access may become harder for families on low incomes. They’re more likely to have internet access only through mobile phones, and more likely to have a limited number of internet-ready devices which different family members compete for.

But nobody knows if this is enough to meet everyone’s needs.