This happens about every five years, and is a process our office is involved in.

Q:
What is the UN Committee on the Rights of the Child?
A:

The UN Committee on the Rights of the Child is the body set up by the UN to monitor the progress that States make in keeping their human rights promises under the UNCRC. It’s made up of 18 independent experts on children’s rights from different countries. 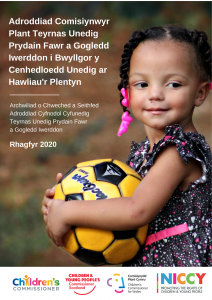 December 2020. Report to the UN Committee on the Rights of the Child as part of its reporting cycle on the UK, setting out 30 issues around children’s human rights upon which the UK and devolved governments need to take action. 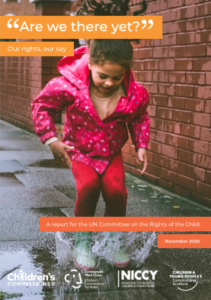 December 2020. The Children and Young People’s version of the UK Commissioners’ report to the UN. 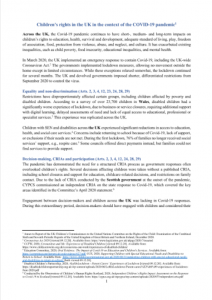 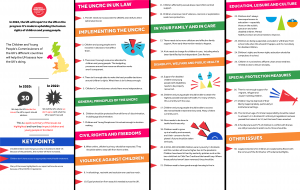 UNCRC reporting is about all the UK’s countries

The UK is unusual in being a UN Member State that contains four countries― Scotland, England, Wales and Northern Ireland.

UNCRC reporting looks at whether the UK Government is keeping its human rights promises, but also if our devolved governments are as well.

Because of this, the Children and Young People’s Commissioners of all four of the UK’s countries are involved in UNCRC reporting. We currently work together to create joint reports at several points in the reporting cycle.

There are other parts of the UK that aren’t part of these four countries, but they aren’t involved in this joint report. For example, Jersey’s Children’s Commissioner reports to the UN separately.

Many other people and organisations are also involved in the reporting process, including members of civil society like Together Scotland.

Children and young people can report to the UN in any way they choose about the issues that affect them. For example, they might choose to report in a creative way like making a piece of art.

Read more information about the simplified reporting procedure of the Committee on the Rights of the Child.

When and how do the UK’s Commissioners get involved in UN reporting?

At the beginning of the reporting cycle, the UN Committee on the Rights of the Child chooses 30 UK children’s rights issues to address.

Our first report of this cycle was released on 18 December 2020 to help the Committee decide what these issues should be.

2022: Responding to the UK Government

In January 2022, the UK Government will submit a report to the Committee on the progress it’s made in addressing the 30 issues, and the challenges faced in doing so.

It will be a report that covers what all the UK’s governments have done, including devolved administrations.

Later in 2022 the UK’s Commissioners will write our second report to the Committee. This will be a response to the UK Government’s report, which sets out where we agree with it and where we don’t.

In 2022 the Committee will also learn more about children’s human rights issues in the UK by:

The people and organisations they’ll meet to do this include:

The UN Committee on the Rights of the Child will review all of the information they have received, then hold a conversation with the UK Government in Geneva and ask them for more information.

After this, they will write Concluding Observations that call on the UK Government to make changes to fix any problems and progress children’s human rights.

Reports on the 2015/16 UNCRC Reporting Cycle 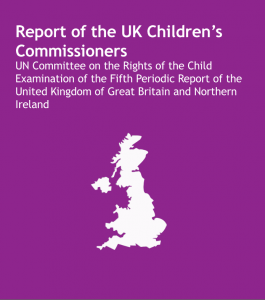 The joint report of the UK’s four Children’s Commissioners on the UK’s fifth periodic report to the Committee on the Rights of the Child. 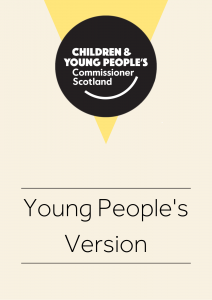 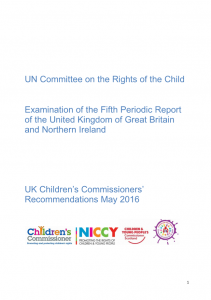